Design a site like this with WordPress.com
Get started

These days I’ve totally stopped proselytizing any kind of shoe. Now the dust has settled on the ‘barefoot’ versus ‘cushioned’ battlefield, I’ve ended up where most have: run on whatever feels OK to you, don’t trust marketing crap and leave the rest of the world at peace.

I wasn’t an early adopter of minimalist shoes, but was somewhat ahead of the born to run wave. Didn’t have much trouble adjusting – but yes, at longer distances, beyond half marathon, my achilles did protest a bit – and enjoyed the ground feel.

Seen plenty others get into trouble trying to ‘transition’, more than enough to shut my inner preacher up.

Also seen and felt what the absence of protection results in when running difficult rocky and otherwise obstacle-strewn technical trails long enough to get tired, less attentive and coordinated (tempted to say “can” result in but let’s be honest, trouble is for all practical purposes guaranteed): near inpossible to not end up with at least one severly bruised toe. Very painful. And a bother for quite some time.

Finally: it didn’t take very long for any illusions I might have had about the minimalist end of the spectrum being less business/corporate/marketing focused to be proven naive. A sports wear company is a sports wear company. The idiocy of all those new models every year, accompanied by fanciful stories, extremely dodgy (if any at all) science behind it, irrelevant focus on looks and minutiae, and a stable of paid influencers for you , the potential customer, to identify with.

The battle fought, a truce established, the minimalists back in their niche corner, happily battling it out amongst fellow travellers. Not of much interest to me anymore.

The most basic five-fingers (classics – if I can still find them….) are still my favorite, and remain in a class of their own in terms of how close the come to a ‘barefoot’ feel. Having said that: see my thoughts from a couple of years ago below: wouldn’t change a word.  But – see above – for running with any kind of speed ambition very technical terrain a minimalist, zero cusioning, zero drop, extremely wide toebox, whatever happens to be on sale is my preferred choice.

I totally ignore the a shoe-for-every-condition (mud, rock, slippery rock, etc. etc. etc.) pitch, which sometimes, on very slippery slopes or rocks, gets me into serious trouble, but then I see many others who thought they had bought themselves a solution getting into the same trouble.

Below some earlier thought-trains/rants that you may or may not find amusing.

But before I hand over to my former self, my current self is still a total coffee junkie and with the below already uplifted by some groovy black coffee, I might make this posts as well as much a repository of great coffee songs as about shoes.

wearing my foot-condoms is a crime against fashion and humanity

Just wanna let you know that I am guilty. I may not serve in a vegan restaurant and lack a pony-tail but I am 55 (well 56), and wear five-fingers, thus confirming stellar journalist Jon Gugala‘s assumption about the kind of laughable characters who like these affronts-posing-as-foot-wear (that can really fuck you up – his words).

The trigger for his rant is a law suit that vibram settled that alleged the company made false and unsubstantiated claims about the health benefits of its glove-like footwear. The runnersworld article that this quote is taken from is a more or less factual description of what is known about the settlement. 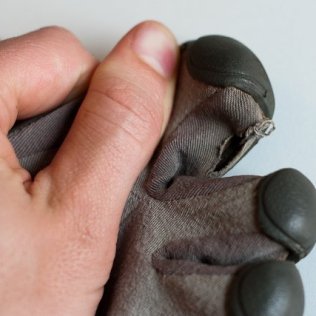 The accusation was probably warranted: there isn’t enough evidence yet for five-fingers strengthening muscles and reducing injuries. As there isn’t for the alleged benefits of the cushioning and orthopedic tinkering of the post 1970s running shoe industry. Exactly the point made by Christopher McDougall in a (sensible – no complaints about this piece of writing) interview with our same stellar journalist:

“It’s not that I’m championing bare feet; it’s just that I’m questioning running shoes—because really the burden of proof is on the running shoe.

Nobody asks you to pre-purchase your feet. They come factory-installed. The big thing that needs to be justified is why we are buying this line of bullshit from the running shoe companies and from the running press, which are telling you stuff like, ‘First go to your specialty running store, where your gait will be assessed. There’s a particular type of shoe for your individual needs.”

“Well, it’s like anything else. You start with a behavior, and then you add things afterward. If you change your running form and you run lightly, easily, smoothly, then you can wear whatever you like.”

What the runnersworld article brings up – which our journalist chooses to ignore – is that the law suit probably says more about the US legal instrument of class action, that allows for a substantial contingency fee for the successful lawyer: The fee represents around 15 to 35% of the recovery for a successful lawyer…A lot of criticisms are made regarding the contingency fees. The down side of these fees is the potential favor of increasing personal profit over achieving public good.

Runnersworld writes: Per the court agreement, the attorneys for the class members can receive up to 25% of the $3.75 million settlement, or $937,500. As always: follow-the-money is a good strategy to uncover the real motives.

Time for some diversion, and yes, there is a link with running because black coffee is not only my favourite drug, it also doubles up as my preferred performance enhancer, placebo or not, who cares.

Back on topic, no one has brought a law suit to the producers of cushioning and their equally unsubstantiated claims. About which McDougall has again something sensible to say:  In this case, I don’t really blame the running shoe companies. Capitalism is based on the idea that people buy shit they don’t need.

Anyways, let’s focus on what our investigative leading light had to add to the original runnersworld reporting (apart from his attempts at verbal humour): research! One whole study, including the grand total of 36 ‘subjects’, experienced recreational runners, who, for a ten week period, were split into a ‘control’ group of 17, continuing their normal training regimen using their normal cushioned running shoes, and an ‘experimental’ group of 19 who transitioned to wearing five-fingers in that same period.

Now this really gets me. I am not immediately put off by a ranter, how could I? Would require a substantial level of self-hate. More even than I can muster. But this kinda shoddy use of science does it. The study itself, despite its small sample, is actually quite OK. It reports explicitly, as it should, on possible weaknesses (of which there are several), and phrases its conclusion carefully, advising that to minimize the risk of bone stress injury, runners who want to run in VFF should transition over a longer duration than 10 weeks and at a lower intensity (miles per week) than the subjects in this study. A good example of result reporting, that merits to be part of what hopefully will be accumulated over time in repeats of the same design as well as alternative approaches to study the same phenomenon, so as to create a solid basis for a more definitive meta-analysis to establish what can be said with a certain actionable level of confidence. Yes, a pompous mouthful, I cannot help it. Unfortunately single studies don’t tell you anything.

I included the pic of the ripped upper of five fingers because that kind of defect is a much more legitimate focus of complaining – or ranting for that matter – about what companies that are in on the barefoot/minimalist trend should be faulted for. Mine look similar, worse actually, and I’ve had similar, worse actually, issues with evo barefoots before changing to five-fingers. Went to pieces during the first couple of trail runs. And neither can be called cheap. As is true of the ‘barefoot’ Merrells that I bought for the Mustang Trail Race, but at least they survived a good two weeks on Nepalese mountain trails (and kept me perfectly comfortable on those trails).

only bare feet are barefoot

Originally posted on April 5, 2014 on my previous blog

Just back from another week in Dahab, mainly spent barefoot. I love doing that, spending time in an environment where one can go around without shoes, also for long walks, without worrying too much about injuries. As my normal running wear is five-fingers, it did remind me though of the silliness of the barefoot label for anything that is a shoe. 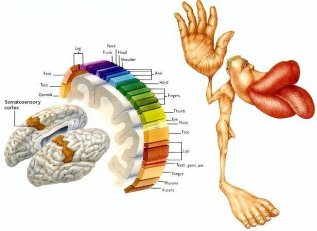 It’s certainly true that five-fingers feel much closer to bare feet than any kind of shoe, but the feedback from your bare soles is still a world apart from the what gets through the 3.5mm of very flexible vibram. Move up a notch in the shoe department, as I just did with the acquisition of a pair of 5.5mm soled merrell  barefoots (for the Mustang trail race, and the planned recce’s preceding and following it), and the qualitative difference is again as big. Calling this barefoot is indeed going for an oxymoronic concept. Minimalist is fairer label for anything getting away from what these days is seen as traditional running shoes. The irony of it all is that thin shoes with minimal padding…is what people wore for thousands of years before the 1980s when the “modern running shoe” was invented. An impressive feat of shoe company marketing I would argue.
But ultimately, the real question to ask is if I have to offer anything beyond exposing bad journalism? I haven’t, so by way of compensation let me offer another coffee song. Beats any opinions on running shoes, capitalism, or evidence-based judgement by a mile.
Advertisement